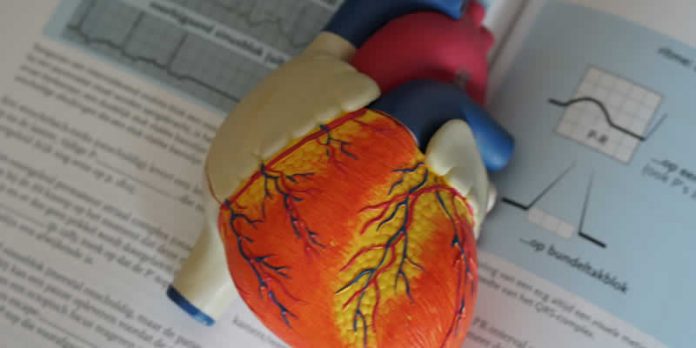 People with treatment-resistant hypertension who follow a nutritious diet and take part in regular exercise can lower their blood pressure and improve their cardiovascular health, a study suggests.

New findings have revealed that implementing the Dietary Approaches to Stop Hypertension (DASH) meal plan and adopting a controlled exercise regime at an official cardiac rehabilitation facility is ‘significantly’ beneficial for those with the blood pressure condition.

The American Heart Association recommend the DASH eating plan as the meals included in the programme tend to contain lots of fruits and vegetables, low-fat dietary products and a small amount of salt.

People are diagnosed with treatment-resistant hypertension when their blood pressure is still 130/80 mm Hg or higher after taking three different medications.

The condition affects five per cent of the world’s population and up to 30 per cent of people with above average blood pressure.

Individuals with resistant hypertension at more risk of developing organ complications and are 50 per cent more likely to experience episodes of a stroke and a heart attack compared to those without the condition.

During the study, academics from the American Heart Association examined 140 participants who were split into two groups to assess the effect of two different fitness plans.

The first group, made up of 90 participants, adopted a supervised demanding exercise programme and took part in dietary therapy sessions each week, whereas those in the other group attended one informative workshop led by a health instructor and individually followed a health guide on physical activity and ways to lose weight.

At the end of the four-month trial, participants in the first group reduced their overall systolic blood pressure by 12 points, while those in the second group witnessed a seven-point overall drop.

Ambulatory monitoring also identified that measured daily blood pressure was seven points lower amongst those who were supervised, whereas the participants in the self-guided group recorded no change.

Additionally, cardiovascular health was also found to be better amongst those in the first group compared to the second, indicating they are less likely to go on to have heart complications.

Chief authors Dr James A. Blumenthal and Professor J.P. Gibbons said: “Our findings showed lifestyle modifications among people with resistant hypertension can help them successfully lose weight and increase their physical activity, and as a result, lower blood pressure and potentially reduce their risk of heart attack or stroke.

“While some people can make lifestyle changes on their own, a structured program of supervised exercise and dietary modifications conducted by a multidisciplinary team of health care professionals in cardiac rehabilitation programs is likely more effective.”

Dr Blumenthal added: “The success of the supervised program doesn’t mean people with resistant hypertension can stop taking their medications; however, it suggests that they may want to talk with their physicians about possibly reducing the dosages or altering their medications based upon their lowered blood pressure values.

“The most important point is that it is not too late to lower blood pressure by making healthy lifestyle choices.”

The study has been published in the American Heart Association’s flagship journal Circulation.

Why You Need A Walk-In Shower Tub Combo?

How to Choose the Right Tonneau Cover for Your Truck

ABOUT US
We brings to you the latest and most popular news related to every kind of tech. Our platform contains news related to Technology.
© Copyrights 2021. All rights reserved.
MORE STORIES

What to Look For in a Gas Pressure Washer

Important Things You Need to Know About Video Cables